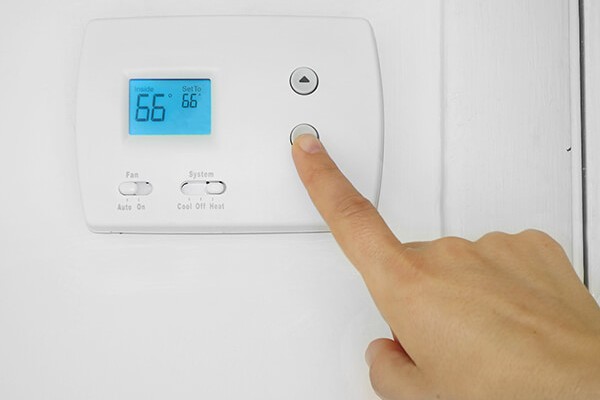 If you are considering air conditioning replacement, the choice between investing in and installing central air conditioning or a window unit can sometimes be difficult or even confusing.  You must be having questions like ‘Is it cheaper to run central air or window units?’ or ‘do window ac units use a lot of electricity?’ The cost of air conditioning maintenance or AC repair can sometimes make it feel overwhelming.  But there are other factors to consider.  Which one is more efficient?  Which one works best for your space?  Which one is more cost-effective over time?  These questions can make it hard to know what to do for your space.  But when it comes down to it, central air is usually the best option for most people.  But why is that?

Window units are small and easy to install.  But the problem with window units is that they only cool one room at a time.  Let’s face it, we don’t often spend time in just one room of our house.  We are back and forth between the kitchen, living rooms, bedrooms, and everywhere else in the house.

Additionally, it would take several window units to cool an entire house, using up a lot of energy. Windows AC units are very energy efficient. They consume way lesser energy than the Central units. It would be not wrong to say Windows AC use one-eighth the amount of electricity compared to central air systems.

On the other hand, central air conditioning units are big and require time and money for installation. Central air conditioning units are designed to cool the whole home at once, and in doing so, they use less energy than multiple window units running at the same time.  The average window unit needs between 500 and 1400 watts to run while the average size AC unit needs 3500 units to run.  It’s more efficient to cool an entire home with central air conditioning than it is window units throughout the house. For energy efficiency, an AC unit is the way to go.  KAC Express AC company in Spring, Texas can install your central AC so you can be comfortable all summer long.

A window unit feels great when it is blowing right on you. In fact, the areas closest to the window unit will nice and frosty cold.  But a window unit doesn’t circulate air well throughout the room.  This can lead to warmer spots in the room the further you are from the window unit.  But central air is designed to circulate throughout the whole house, producing a nice, even temperature across the entire space.  If your AC unit is not circulating air as it should, it may be in need of air conditioning maintenance in Spring, Texas.  If this is the case, KAC has expert technicians on standby for all your AC repair needs in Spring, Texas.

Irrespective of the sort of air conditioner or the job you do, in general air conditioning offers a number of doles. Mostly when bearing in mind the severe temperatures that can be experienced.  Thrilling circumstances such as heat and clamminess can influence on our whole physical intellectual movement, building even the modest of tasks a complete in convenience. The lesser temperatures that air conditioners produce can support diminish dehydration as they lessen the likelihood of extreme sweltering. When the air conditioning system has been installed appropriately, it effectually helps renew and improve air quality.

Windows units are very easy to install as compared to the Central units. Mostly people living on rented accommodations are not authorised by their landlords for Central unit installations, as it required lot of amendments in the structure. Windows AC are way affordable then Central AC.

Central air conditioning is the structure where in air is well-ventilated at a central position and dispersed to and from rooms by one or more fans and ductwork. The effort of the air conditioner compressor is what marks the entire procedure of air conditioning possible.

The density of the refrigerant gas allows it to release high temperature out of the house, which is just how the cool air is produced. In a bundled central air conditioner, the evaporator, condenser, and compressor are all situated in one cabinet, which typically is located on a roof or on a solid slab next to the house’s foundation.

Air supply and return ducts arise from indoors through the home’s exterior wall or roof to connect with the packaged air conditioner, which is usually located outdoors. Bundled air conditioners regularly include electric heating coils or a natural gas furnace.

This combination of air conditioner and central heater eliminates the need for a separate furnace indoors. Indoor comfort during warm weather Central air conditioning helps keep your home cool and reduces humidity levels. Cleaner air as your central air-conditioning system draws air out of the rooms in your house through return air ducts; the air is pulled through an air filter, which removes airborne particles such as dust and lint. Quieter operation because the compressor-bearing unit is located outside the home, the indoor noise level from its operation is much lower than that of a free-standing air- conditioning unit.

Window air conditioners stand unlike from other kinds of air conditioners, like entire house units, in the sense that they’re planned to cool only a precise part of your home generally just a single room. Window AC units remain acknowledged to be actual decent air conditioners that can cool a sensibly sized room swiftly.

Window units come fortified with a binary shaft motor that takes two fans positioned on both  ends of the motor. One fan is situated through the evaporator and the further by the condenser. The adjacent of the unit using the evaporator surfaces into the room and is what controls the internal temperature.

The side of the unit with the condenser surfaces outdoors and is what blows hot air collected from a room outside. Once the window AC unit is turned on, the blower is what gets the indoor air moving. It pulls in the air from the room and permits it concluded an air filter.

The air formerly derives into contact with the vanishing coil which fixes either one of two things: Uncertainty the temperature in the room is warmer than the coil, at that time the coil engrosses the heat from the air and colder air is wafted back out. If the temperature in the room is colder than the coil, dew will instigate to custom on the surface of the coil, consequently serving to remove moisture from the space.

Windows AC can’t cool your entire house like Central AC. During winters you can’t use Windows unit though Central ACs can be used 365 days. Windows AC have limited cooling capacity as compared to the Central AC. Central AC provide you the consistent comfort & filtered air in your house.

This makes it better than other modes. Subsequently central air conditioners sieve the air inside the entire house, this similarly drops the humidity all over the home as well. The crucial, though, is to retain the doors to all of the rooms open so that moisture can be detached from every indoor space. Maintenance cost of Central Units is very high as compared to the Windows Unit.