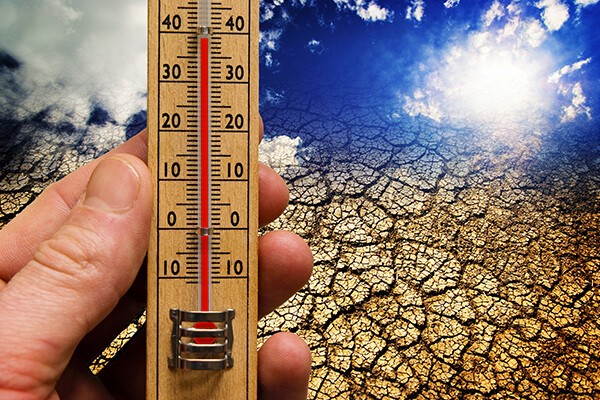 It’s no secret that Texas and the other great plains states have been seeing some pretty sketchy weather patterns these past few years. Climate change is no longer a myth. Summer temperatures this year have reached record highs, giving air conditioning installation companies business, but causing energy bills to skyrocket. The truth of the matter is, climate change doesn’t just mean hotter summers for Texas.

If nothing is done to address global warming, Texas will be practically unlivable by the second half of this century according to a number of recent studies. Temperatures will reach deadly highs for more than 100 days out of the year, sea levels will rise drastically around the Gulf Coast, and severe weather systems like increased rain and increased droughts will adversely affect the state’s huge agricultural industry.

This year, NASA released an assessment half way through the year that showed record-breaking temperatures, some in the triple digits for regions in the South and South West United States. Average temperatures have steadily been increasing year over year Globally. This dangerous heat, if continued, will cause more mortalities due to heat, draughts that will kill more crops than ever, and energy bills like Texas have never seen before while homes and businesses attempt to keep life comfortable using their heating and air conditioning systems year round.

While the climbing temperatures will also cause exacerbating droughts that are more frequent at some points, precipitation patterns will also see a change. Longer and stronger precipitation systems resulting in floods and lower crop yields from the four largest commodity crops in Texas: corn, cotton, soybeans, and wheat.  This comes as a result from our greenhouse emissions and making the lower atmosphere thinner and able to hold more moisture thus create more storms and rain. Ultimately, wintertime in Texas will see a lot of rain and bring more cold fronts to its habitants. This means having quality heating and air systems installed in your home or business will be vital.

Preparing for the Inevitable

Although temperatures are still high and air conditioner repair is number one on the HVAC list for most businesses and homeowners, preparing for the unpredictable weather patterns that are sure to come in the winter are an important part of HVAC system maintenance. KAC Express is the number one HVAC air conditioning repair company in Spring TX. We offer quality AC installation and heating repair in Spring, TX from knowledgeable, experienced, honest HVAC technicians. Let us take a look at your heating system to see if you need a new heating or cooling system or heating repair to get prepared for this winter’s weather!