Email : airconditioning@kacexpress.com
BlogIs It Worth Switching to a Variable Speed HVAC Unit? 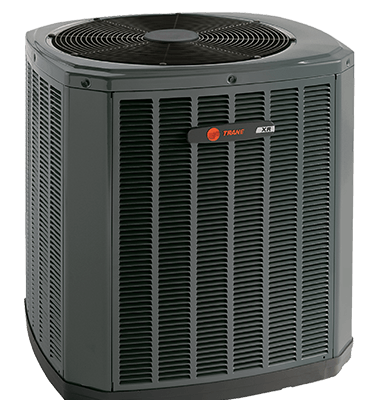 Your HVAC system is in charge of generating a welcoming and comfortable ambiance inside your house. Despite the critical role that HVAC systems play in daily life, few homeowners have a thorough understanding of how their heating and cooling systems work.

Homeowners should be aware that HVAC equipment that hasn’t been updated is likely to have a single-speed blower motor. There are only two settings on single-speed motors: on and off. Continue reading to understand how upgrading to variable speed equipment can greatly increase the efficiency and performance of your home’s HVAC system.

A home that is energy efficient has a lower carbon footprint than a standard dwelling. A variable-speed HVAC system makes sense if environmental conservation and lower energy expenses are important to your household.

Variable speed systems can change the energy output of their motor during specified heating and cooling periods. This feature prevents your air conditioner or furnace from operating at full capacity each time it is turned on.

Switching to certain types of variable-speed equipment can lower your energy consumption by up to 50%, resulting in significant monthly energy savings.

A home should be a location where you can unwind and rejuvenate. Single-speed HVAC systems can make your home less comfortable by generating a lot of noise pollution. Any sound that causes people trouble is referred to as noise pollution.

Noise pollution has been related to high blood pressure, heart disease, and higher stress levels, according to experts. While heating and cooling your home, a variable-speed HVAC system will make less noise.

You’ll notice less humidity buildup in your home if you utilize a variable-speed HVAC system since it eliminates moisture from the air without wasting too much electricity. It also runs at a consistent speed, ensuring that humidity levels stay within an acceptable range and your home remains pleasant.

For some homeowners, indoor air quality is a key concern, and the air inside your home has the potential to transport a variety of pollutants. Pet dander, pollen, mold spores, lead, asbestos, and carbon monoxide are all frequent contaminants encountered in household environments.  Long-term exposure to pollutants in the air could be harmful to your health. You could develop breathing problems or show signs of a pre-existing respiratory ailment (like asthma or allergies).

A filtration system is built into every HVAC system to assist remove pollutant particles from the air within your home. Continuous air circulation, on the other hand, is required for the HVAC filter to properly remove pollutant particles. When in the “off” setting, single-speed systems do not maintain air circulation. Because a single-speed HVAC system only moves air when it is turned on, pollutants remain suspended in the air you breathe inside your home.

A variable-speed HVAC system will ensure that air is always circulating through your home’s air ducts. This regular air movement will guarantee that your filtration system performs to its full potential to maintain the good air quality in your home.

Most air conditioners emit a huge blast of cold air as soon as they turn on.  When your AC unit goes down, your house gets hot and stuffy. A variable-speed air conditioner runs at full speed in the morning or when you get home until the indoor air temperature reaches a comfortable level. The air handler then slows down to maintain that temperature throughout the day. As a consequence, you save energy, increase efficiency, and improve comfort.

Variable-speed compressors run for long durations but at a lower speed. By ensuring that the temperature remains constant, the HVAC system can effectively control indoor comfort. Variable-speed units, unlike single-speed units, do not wear out as quickly, resulting in a longer life span.

When compared to a single-stage system, variable speed technology allows your air conditioner to manage the temperature in your home more precisely. Rather than running at full speed, the system can run at whatever pace is required to reach the temperature you select on your thermostat. The AC operates at a low speed practically consistently after reaching the set point. This fine-tuning procedure maintains a steady temperature in your home, allowing you to be more comfortable. As a result, a variable speed air conditioner uses less energy than a single-stage system.

So, is a Variable-Speed System Worth the Cost?

These systems use a lot less energy because they don’t waste power while switching on and off all the time. The savings will be shown in your monthly energy bills. Those savings will build up over time, and if you decide to install a variable-speed air conditioner, it will pay for itself in the long run. Also, the life of a variable-speed air conditioner is longer when compared to a single-speed unit.

Consider driving your car to better understand single-stage vs. variable speed. Your GPS gives you two options for getting to your destination. During rush hour, one route takes you through a crowded city, with multiple traffic lights requiring frequent pauses and starts. The other route is mostly highway with no road traffic in sight, signaling that it would be an easy ride. Which route you will take?

This is a basic picture of how variable speed works. Variable speed technology maintains your temperature setting with high accuracy and less energy output by removing the frequent stops and starts (like traffic lights) of single-stage systems.